Highly-rated chef of la Algaba de Ronda.
Enjoy an open-air evening meal in the countryside, and savour the air of the sierra

What is Dinner Design?

Dinner Design has emerged from the brains of two permanently-adopted sons of Ronda, both of whom are in love with this place.  Sergio Sedeño, the boss of 2B Experiences, and Benito Gómez, the inspiration behind the restaurants Bardal and Tragatá. Their proposal is simple: a different kind of gastronomic experience, based in the place itself, enabling the visitor to discover the amazing richness of the surroundings (and the food!) of the Sierra of Ronda.

To achieve this, you can set aside the rigidity of eating in a Michelin-starred restaurant.  That’s right, but without having to sacrifice the splendid food, neither in terms of it flavour nor its delightful surprise.  This is precisely how Benito has earned his Michelin rating: a accomplishing a cuisine free of artificial foodstuffs, based purely on what it should be based on: the excellence of local materials and the chef’s artistic talent.

The menu doesn’t lie: just about everything used comes from the Rabadán Ranch where Gómez grows his vegetables and raises his animals.  It is a system of self-supply which was born of his personal interpretation of cuisine as a continuation of what happens on the land.  The result?  Dishes full of the life of Nature, freshly-made, which awaken the memory and delight the palate.

Who is Dinner Design by Benito Gómez for?

Dinner Design is the perfect complement for your daytime activities with 2B Experiences. If you are of the opinion that finishing-off your day in Ronda with an evening meal which is both traditionally Spanish and sophisticated sounds like a great idea, Dinner Design is going to enchant you!

What’s more, if you adore country life, the peace of the serranía and the energy of Nature, then once you’ve tried it, you’ll probably want to come again!

Do you have an agency? Do you currently lack a ”star” experience?

With us, you’re with Michelin, which is to say taste, originality and a touch of glamour.  You can get in touch with us  and amaze your clients with this unique gastronomic experience.

After the bustle of the day, we want you to relax, and not to worry about a thing.  These are our suggestions as to how the evening might proceed.

– Our driver will come and pick you up at the hotel, so forget about passports and Google Maps.  We are taking you luxuriously in our  private vehicle.

– In addition to dining, we will take a stroll through the farm, see the animals, and have a meditation session (for which we suggest you wear something comfortable).

– Don’t forget you camera / mobile phone.  We’re pretty sure you’re going to be taking more than one photo!

Here is what is waiting for you with Dinner Design

Being picked up and dropped off

Visit to the La Algaba Ranch

Benito designs the menus, cooks the dishes in Tragatá and in La Algaba.  The food comes heated, plated and served.

We serve you the best indigenous product made with great art.

And, in addition, with vegan options.

It’s a superb farm where animals in danger of extinction coexist.

Learn about the different breeds of chickens, pigs, sheep and cows typical of the area. 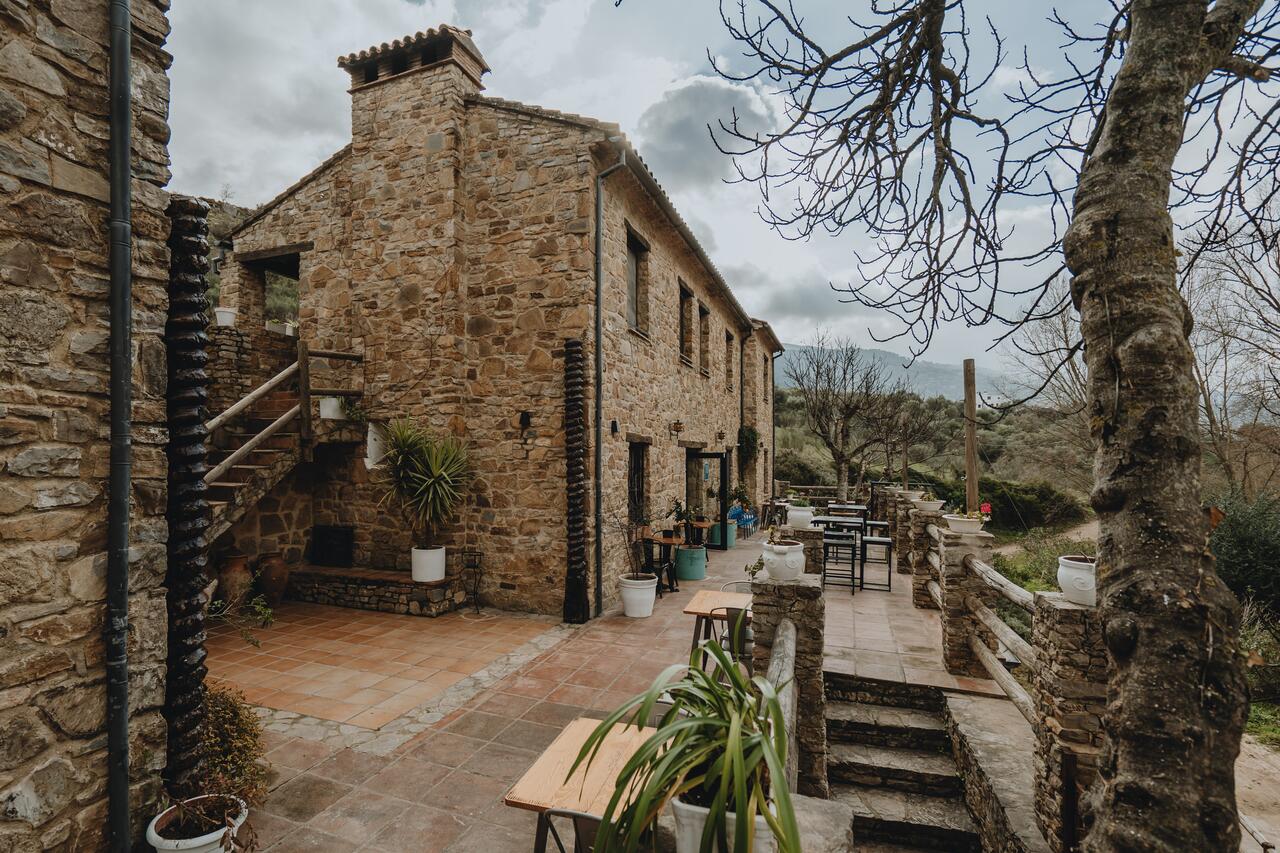 A meditation session with our monitor Isa

It will clear your mind in an environment full of good vibes.

And don’t forget that just by booking on our website

You will not find this tour for a lower price on any other website.

We pick you up and take you back to your accommodation in our private van.

Dealing directly with us allows you to include activities that we do not have pre-planned.

Cost of the Dinner Design by Benito Gómez: 130€ (VAT included)

Make your reservation for Dinner Design by Benito Gómez

Do you have any queries?

We’ll try to answer them here:

Is it safe to hold Dinner Design by Benito Gómez in the light of Covid-19?

Yes, it is.  We take all the measures necessary to protect both our customers (that’’s you) and all the people who work with us on your guided visit to Ronda.

Can I do Dinner Design by Benito Gómez, even if I haven’t booked any other activity through 2B Experiences?

Yes. Although the dining experience is conceived as a complement to our other activities, you may also sign up for it independently.

Is this evening women-only?

No, of course not.  You are welcome to come accompanied by a man. Although our customary clients are women, we welcome anyone who wants to be delighted by Benito Gómez’s cuisine.

And can my children come?

The philosophy of 2B Experiences is to facilitate moments of carefree pleasure for our clients and our experiences are designed to fulfill that objective. Conse-quently, we prefer not to mix different profiles so that the experience is pleasant for all. However, if you want to organize a private activity with your whole family, do not hesitate to contact us and we will be delighted to plan it.

Do I need to bring a mat to practice yoga or meditation?

No, it’s not necessary, since 2B Experiencies will provide it for you. However, if you prefer, you can also bring your own.

What if I don't eat meat?

Please, contact us and we will inform you of our vegan and vegetarian options.

What happens if I am forced to cancel my reservation?

You can cancel without any cost with a maximum of 24 hours in advance.

Can I pay in cash on the day of the dinner?

Sorry, we do not offer this option. Payments are made through our website, automatically and completely secure.

Can I give the Dinner Design by Benito Gómez to a friend?

Of course. Write to us to provide us with her information and we will proceed to confirm her reservation.

I am an agency and I would like to sell this experience, how do I do it?

Please contact us and we will give you all the information, including our special price for agencies.

We hope we have clarified any possible question, but do not hesitate to write to us if you need more information.

And if you are wanting to spend a night in which flavour and nature breathe on all four sides, you can now reserve your place. 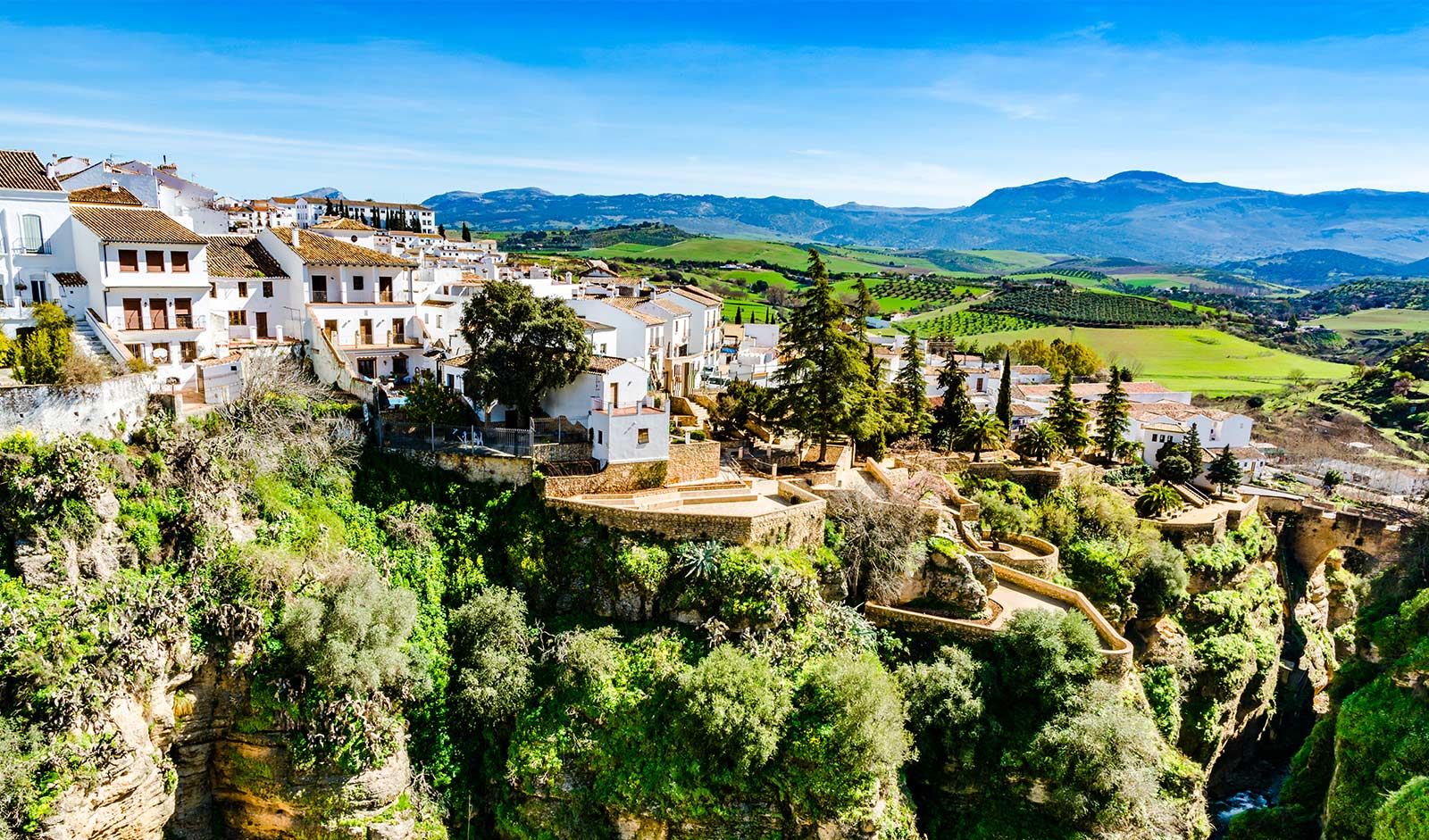 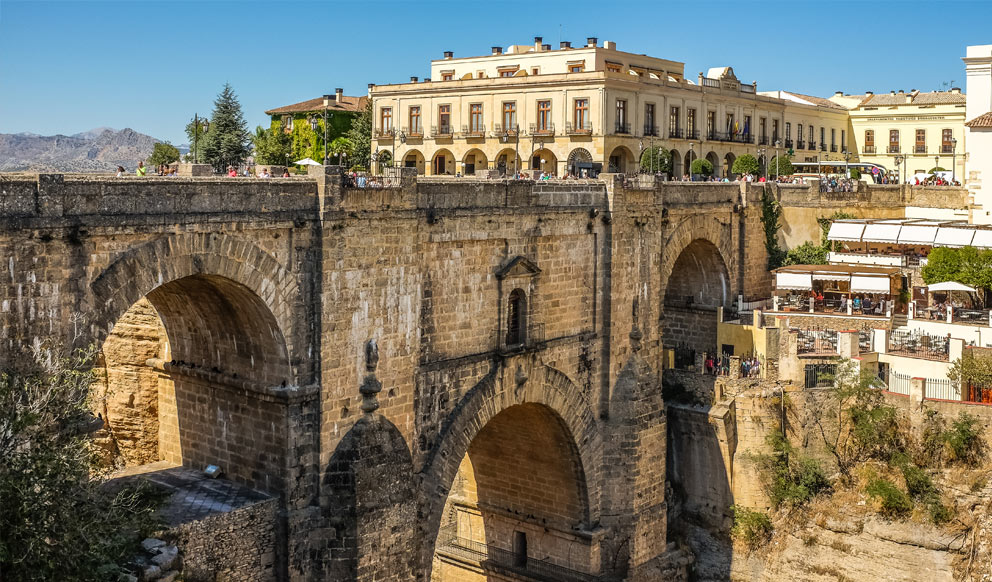 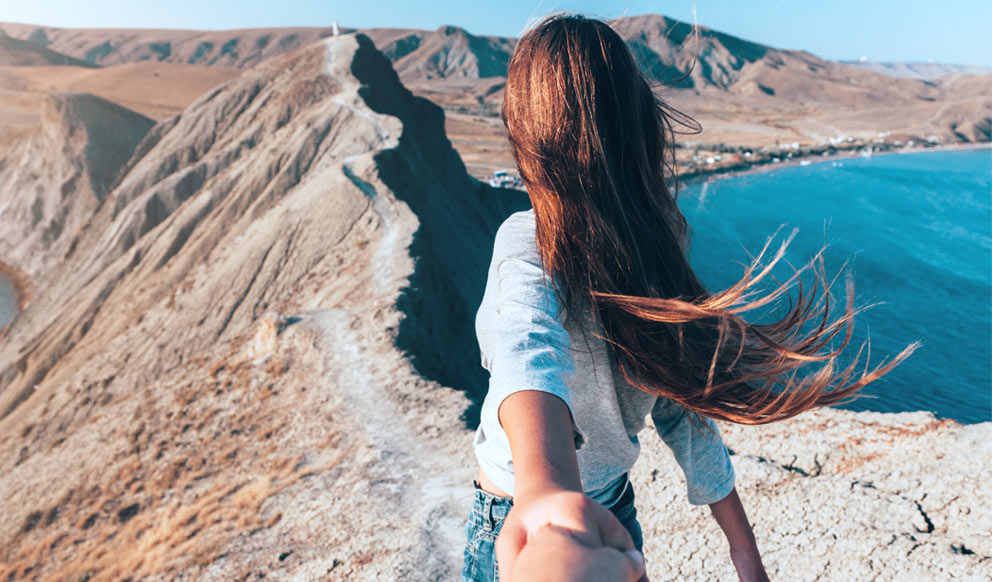 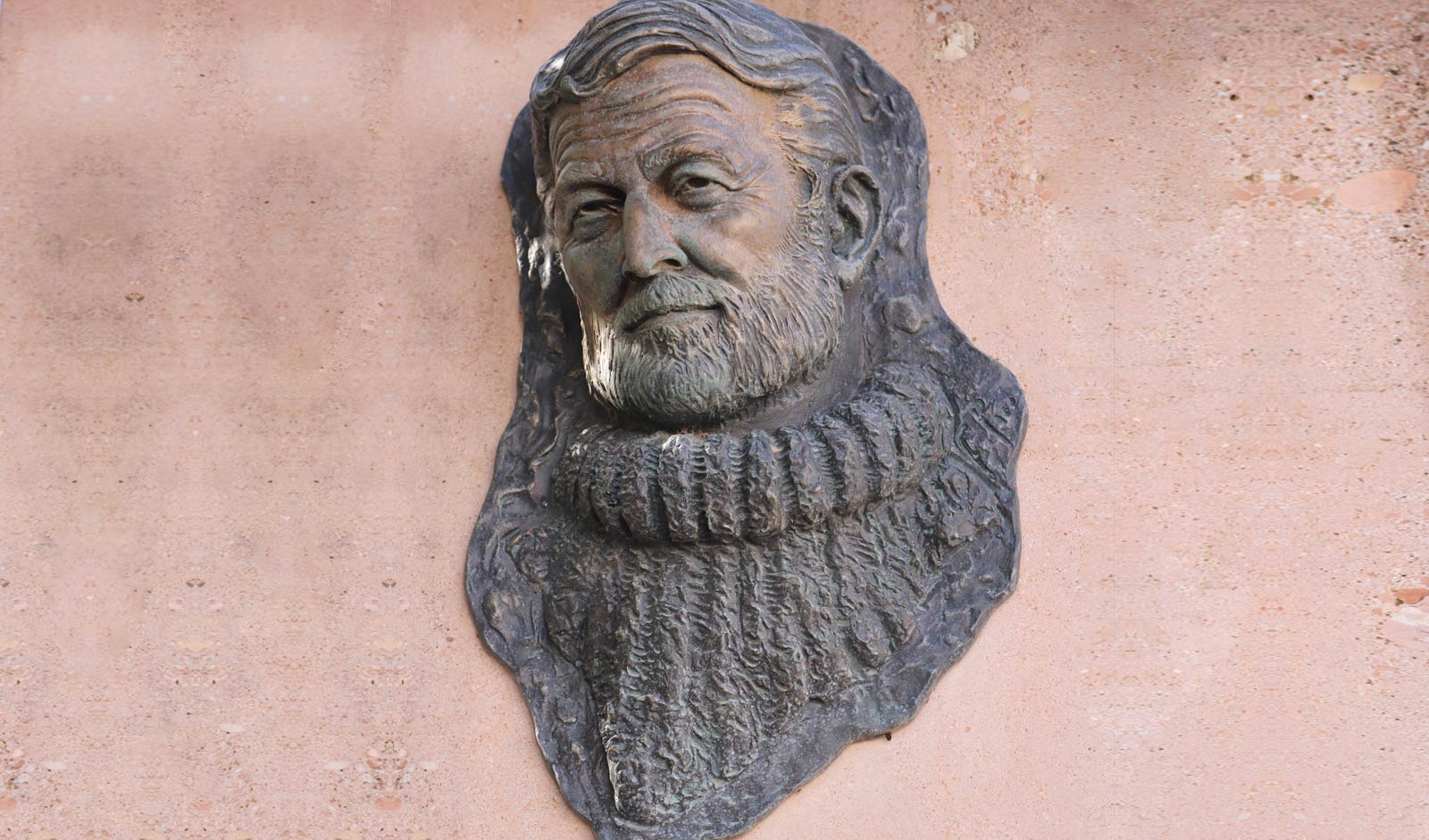 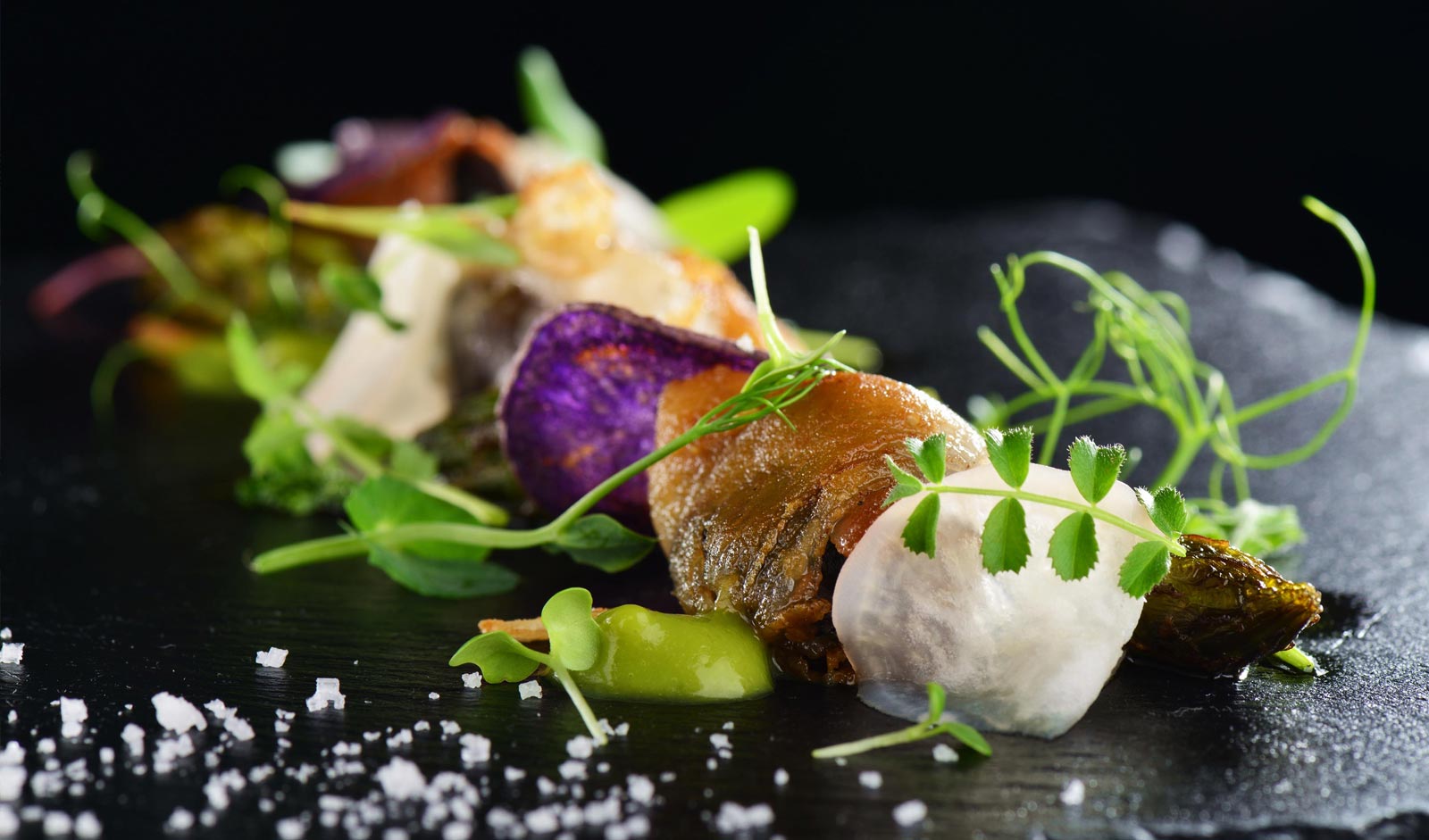